You are here: Home / Blog / Uncategorized / How to stop the binge

As Nutrition Coach my job isn’t just about telling you what to eat to reach your goals. My goal is much bigger: to help you create the body and health that makes you absolutely psyched. The idea is that we create a lifestyle that is easy, doable, and gets you to where you are happiest. Naturally this involves more than nutrition and exercise recommendations. In fact, after the first week of figuring out food choices and workouts, we dig deep into old patterns that get in the way because, let’s be realistic: If you know all you need to know about food, exercise and a healthy lifestyle, why aren’t you already at your goal? Well, the simple answer is that we tend to repeat behaviors and patterns even though they no longer get us the desired effect.

Take for example the issue of one of my nutrition clients, who had been dealing with binge eating for years. She’s dropped an easy 7 pounds by eliminating her binge eating episodes and she won’t go back to this destructive beahvior because she a) recognizes they no longer create the same positive effect she got when she first started bingeing and b) she’s found many alternative options to create the desired effect and c) she now understand the underlying causes and knows how to tackle them effectively.

Her biggest issue were here sugar cravings. They would show up seemingly out of nowhere and she’d go for anything within sight: the ice cream in the freezer, cookies at the office vending machine, or her ‘protein bars’ that were loaded with 40g of carbs. You can imagine how just ONE sugar binge undid an entire week of clean eating. Naturally she wasn’t making any progress, struggled with guilt, was upset about her lack of willpower and felt she had to work out even harder and eat even less. That kept her in this vicious diet cycle of bingeing and dieting, which is exhausting mentally, messes with your health, slows the metabolism and is simply just a big waste of her time and energy that should go into taking good care of herself. 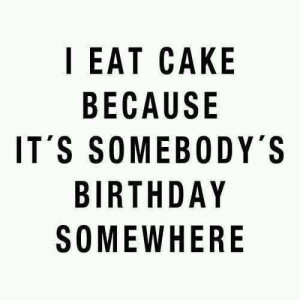 Obviously, unless the binge-eating stopped, she wasn’t going to see lasting changes. Sure, she could drop a few pounds in 3 weeks and then when the next binge happens, put them all back on, only to do it all over again. Not an option.

So, there were several challenges to tackle:

1) Figure out what triggers the cravings
2) Address the cravings without sugary foods so she can start making lasting progress
3) Eliminate the guilt, which leads to more obsessive dieting and insane workout schedules
4) Create progress by aligning effective workouts with proper fat loss nutrition, rest/relaxation and supplementation

6) Associate so much pleasure, progress, well-being, success and health with her new choices that she’d never want to have it any other way

1) What triggers the cravings? The reason for her sugar cravings were 3-fold: She was triggered by the availability of sugar at home and in the office. If it’s around, you’ll want it and we’re very much all easily tempted that way. She was also triggered by hormonal cravings (the week before her period when estrogen and serotonin drop, our cravings are usually worst), and she had cravings because she ate too few carbs and worked out too much.

2) Address the cravings without sugar: We addressed the cravings by removing the sugar at home and in the office. She made sure to have something sweet available when a craving strikes, so she started drinking a Branched-Chain-Amino-Acid drink when a craving strikes, which blunts her appetite, boosts her brain chemistry, and gives her a sweet sensation from the stevia (zero sugar here, but all the soothing effect on the neurotransmitters in the brain). We also rebalanced her diet by adding more fiber and protein so she’d be full and never experience the drop in blood sugar that creates sugar cravings. I taught her how to make a chocolate drink with zero sugar and other ‘treats’ that tell your brain you got what it wanted, but without any negative setbacks.

3) Eliminate the guilt and 5) Associate pain and discomfort with continuing a harmful pattern: Once she stopped the binge eating episodes because there was no more physiological need or hormonal reason, she was able to eliminate the guilt over having ‘messed up’, or ‘having been bad’, or ‘blown it.” That’s where our 6th goal comes in and I taught her how to associate joy, success, a sense of control and progress with eating these nourishing foods. The new choices in behavior and food made her feel in control, balanced, energized and allowed her to change her body without struggles. She learned that when she made good choices for herself, she felt and looked good. She also learned that when she chose sugary foods, she’d feel bad mentally, emotionally and physically. Over time this became something she no longer wanted to experience because she learned to associate a lot of pain with this pattern.

4) Aligning workouts with proper fat loss nutrition, rest/relaxation/supplementation: We created an effective workout and a schedule that allowed her 4 extra hours in her week (!!!!), and I taught her how to work in line with her menstrual cycle to make progress when fat burning is at its max and relax when fat burning is slowed down.

Yes, fat loss is not about calories entirely. It’s about creating the proper hormonal balance, so that your hunger is controlled, your cravings turned off and you have good energy. It is also about becoming aware of old subconscious patterns that drive your actions.

For this client the real change happened when she recognized that her binge eating was driven by old subconscious patterns. She learned a long time ago that when she ate sugar, she’d feel better. However, in recent years that was no longer the case and even with really terrible after effects, she was unable to stop it from happening.

When we started working with each other, she was able to create a change  because she was finally ready to evaluate her patterns and change them. By identifying all that played into her binge eating episodes, she was able to gain a better understanding of her triggers, her physical and emotional effects and understand how she can control and manage them with ease.